My Own Downtown - Sandy DaRif Sandy DaRif is a fourth generation Wyomingite. By the time, she was in her twenties, she moved to Los Angeles, working behind the cameras. She helped create sets for Universal and MGM Studios in movies such as Centennial, Poltergeist, and Smokey and the Bandit.

When Sandy returned to Wyoming, she went back to college and worked as a case manager for drug and alcohol counseling and rehabilitation. She was also a Field Representative for a member of the congressional delegation. Later, she started working for Volunteers of America, helping Veterans find jobs, homes, and VA assistance. Since Sandy’s father was an expert tank diver and pilot during the Korean War, she believed it was her duty to help Veteran's.

Sandy is an Executive Producer for Actor's Mission.

“We are putting together the Rocky Horror Show this summer, which should be a blast,” Sandy announced.

“I have had great opportunities to work with the URA and the Arts and Culture Committee, she added. “We’re striving for a productive, beautiful Downtown with a diverse active arts community.”

Sandy is also the chairperson for the Alzheimer’s Walk. The event will take place on October 2, 2021 at Bunning Park.

As most of us know, Rock Springs is known as the “Home of 56 Nationalities.” In fact, Sandy’s paternal grandparents came here from Yugoslavia at very young ages. Sandy’s great grandparents worked in the coal mines.

“This town didn’t even extend past the old Wonder Bread building!” Sandy laughed. “I enjoy the memories of those who owned and worked in these buildings.”

She went on to share that her Grandfather Kruljac would let her, her siblings and friends come into his butcher shop on Lowell Street for one-cent candy.

“Folks grew up in areas where they spoke the same languages as their neighbors,” she revealed. “They even went to the same church.”

Since Interstate 80 did not exist back then, not many people drove.

“Downtown Rock Springs is where everything happened,” Sandy recalled. “Now the town has grown and the Downtown area has started a life of its’ own again.”

Sandy remembers dancing at the Slovenski Dome as a young child. The wine festival was a popular event in the building for the community.

“I love how vibrant the URA, the Community Arts Partnership, Actors’ Mission and small businesses owners have brought Downtown back to life,” Sandy said.

According to Sandy, there is always something fun going on in Downtown and small businesses will always need our support.

“Coal Train Coffee Depot is a great example of our community discovering the historical train depot and what specialties lay inside,” Sandy pointed out. “People are discovering that places like Sidekicks Book and Wine Bar is more than just a bookstore; the wine and cheese are tasty and there are gifts on shelves for any age.”

Sandy added that the people in our community are very generous.

“I am very proud of our place in Wyoming,” she said.

"We would stand in front of that window until mom pulled us away,” Sandy shared. “Today the Rock Springs Historical Museum has recreated that fond memory during the holidays.”

“Downtown is special as it brings us together through our history and through special moments in the present,” Sandy replied.

Sandy believes Downtown has not stopped growing yet.

Sandy concluded by saying, “Every year we are getting better, more involved, taking chances on something new to give spirit to our town. COVID was hard to come out of, but I believe we have such a creative group involved in getting others involved that we will grow.” 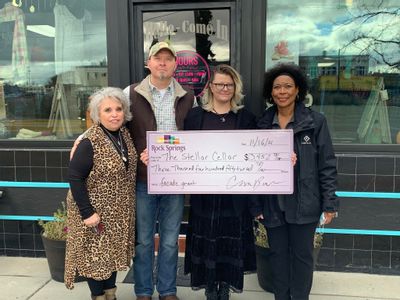 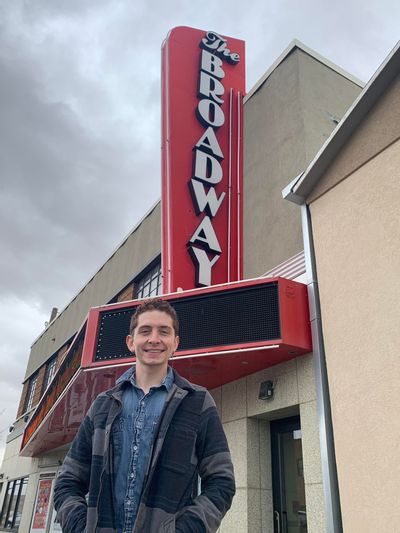 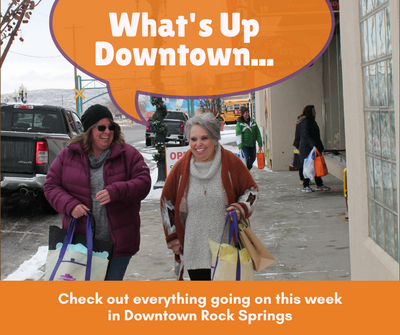 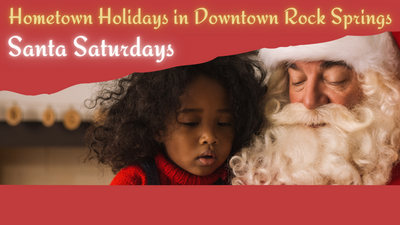