My Own Downtown - Ozzie Hay John “Ozzie” Hay is a familiar face at RSNB Bank. The fact that he gets to work in Downtown Rock Springs every day makes him a “lucky man.” He is able to meet, talk and learn with people who work in a variety of industries that make this community so unique.

“I am very proud that RSNB Bank wanted to maintain its Downtown presence when deciding to build,” Ozzie expressed. “When they came up with the plan of building in the location of the old high school, they modeled the architecture after the school to preserve the heritage.”

He added, “I think that helped keep the character while giving Downtown a lift. It is great being part of a business that has been in Downtown Rock Springs for well over 100 years.”

Ozzie didn’t live far at all from Downtown as he was growing up.

Ozzie has had fantastic memories of Downtown.

“Parades were the best,” he noted.  “The floats would start lining up early that morning past the house so that was always a big day.”

“I still enjoy going Downtown for the parades and any gathering that might be going on between Bunning Park and the Downtown area,” he shared. “Another memory was catching movies at one of the Downtown theaters - those were the best.”

“I look forward to taking in more events at the Broadway Theater,” Ozzie said. “ It is such a nice venue.”

According to Ozzie, the more events that take place in Downtown, the more people will naturally migrate to this area and explore.

“If that keeps happening, the rest will take care of itself,” he pointed out.

Ozzie is looking forward to seeing empty buildings getting cleaning up and used again, whether it’s for residential or commercial purposes.

“It will make our Downtown that much more inviting,” he replied. “The more activity, the better.”

Ozzie and his co-workers hope to see the continued rejuvenation of Downtown.

“I would love to have a good-sized outside dining area to take advantage of some of our beautiful evenings Downtown,” he expressed. “Or my ultimate wish list item is of having a roof top bar/seating area.”

Ozzie loves having all the options he and his family have, especially with so much open land at their disposal.

“Having the access we do is almost unheard of anywhere else,” he said. “The fact that you can be on the lake or by the river one day to walking in the mountains or exploring the desert the next is so much fun, all the while being able to make it back to Downtown for a great evening.”

Ozzie concluded by saying, “The possibilities here are limitless. I look forward to showing my kids all that we have to be grateful for in our corner of the state.”

And that’s why Downtown Rock Springs is My Own Downtown. 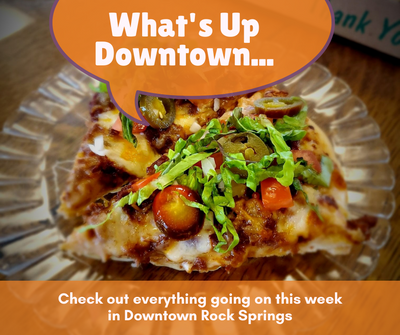 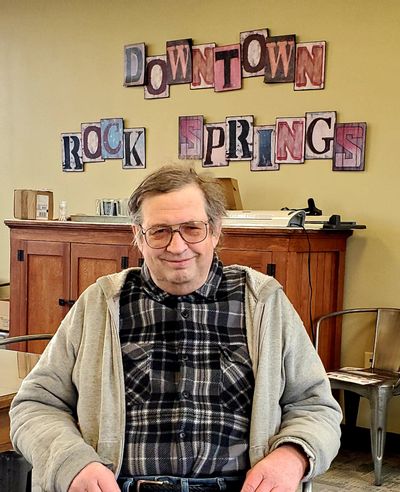